After your tour guide provides a brief orientation, step into Freedom Hall and marvel in wonder at the one-of-a-kind 20-foot-tall, 360-degree, high definition video wall that orients visitors and depicts a montage of the 45 former U.S. Presidents.

With your guide, explore the highlights of the museum, which include some of the approximately 43,000 gifts given to the President and First Lady.  Learn about the September 11 Remembrance Display - steel beams from the World Trade Center are the focal point of this poignant exhibit. The names of the approximately 3,000 people who died in the Towers, at the Pentagon, and on the hijacked planes, including the First Responders, are listed on a nearby wall.

See the bullhorn the President used to address First Responders at Ground Zero; the notes he scribbled for his impromptu speech at Emma E. Booker Elementary School in Sarasota, Fla. when he learned America was under attack; and a port authority officer’s badge, which the President carried every day after 9-11, given to him by a grieving mother.

Participate in the Decision Points Theater - Gain insight into the President's thought process during this and other major crises at this interactive exhibit.  This time lapse scenario feeds the participant critical information so you can compare your decisions with those made by the President.

Framed by the themes of freedom, opportunity, compassion and responsibility, the George W. Bush Presidential Library and Museum serves as a resource for the study of the life and career of George W. Bush, which also promoting a better understanding of the American Presidency and American history.

In addition to the Bush Library, enjoy a brief driving tour of the Southern Methodist University Campus. Founded in 1911, a nationally ranked private university, SMU is a distinguished center for teaching and research.  SMU's nine libraries house the largest private collection of research materials in the Southwest. See Dallas Hall, one of ten SMU buildings listed on the National Historic Register. 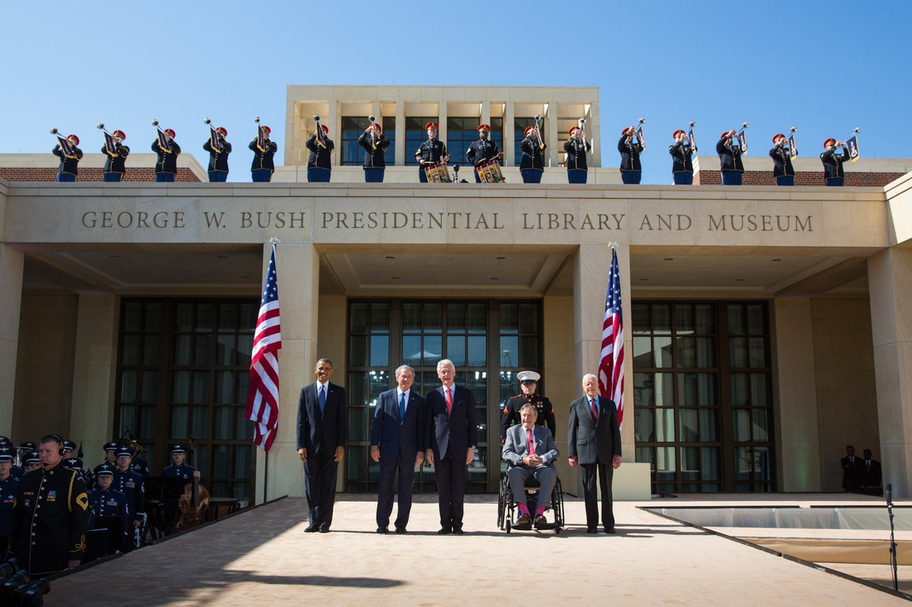