AT&T Stadium is more than the home of the Dallas Cowboys, it’s a world of facts and figures about the world’s largest domed structure, an art museum and a classroom. The things you can do inside AT&T Stadium are endless, and with AT&T Stadium Tours, you can experience them all.

With a maximum capacity of 100,000+ screaming fans, the Stadium is located in Arlington, Texas, approximately halfway between Dallas and Fort Worth, encompassing 3 million square feet and built at the cost of $1.7 billion dollars.   AT&T Stadium is visible from 5 miles away on Interstate 30 and can be seen from tall buildings in Dallas, 18 miles away.  This spectacular, technologically advanced sports and entertainment venue has something for everyone!

Meet your knowledgeable and experienced VIP Tour Guide in the ProShop and get ready for your “behind the scenes” tour of this awe-inspiring structure.  Beginning at the Main Club your tour stops include a private suite…relax in luxurious style in the leather seats as your tour guide engages you with staggering facts!  AT&T Stadium houses the world’s two longest arches, the world’s largest sliding glass doors, and the world’s largest indoor TV.

As your tour moves around the Stadium, learn about one of its' most unique features; the collection of museum quality, large scale Contemporary Art, which wonderfully enhances the iconic architecture of the building.  Art enthusiasts and sports fans alike will be impressed by these works of art.

Visit the Press Box, the Cotton Bowl office vestibule, and the Dr. Pepper Star Bar or the Ford Motor Company Fountain.  After you've seen these areas, your guide will take you down to the event level.   Not to brag, but everything really is BIGGER IN TEXAS!  The entire Statue of Liberty can fit inside AT&T Stadium if it were sitting on the field.

Step inside the luxurious Dallas Cowboys Locker Room and the Dallas Cowboys Cheerleaders Locker Room; no expense spared here!  Tour the Miller Lite Club and the post-game Interview Room.  See Jerry Jones, the team owner’s private elevator that whisks him up to his private perch.  Visit the Perch during your tour.

Then the ultimate experience, run out on the Dallas Cowboys NFL Football Field!  Enjoy yourself!  Kick a football or throw a few passes with your friends.  Stop at mid-field for photos at the Dallas Cowboys Star on the field's 50-yard line!

It’s not just about football at AT&T Stadium!  The facility can also be used for a variety of other events and has hosted….concerts with the likes of the Rolling Stones and George Strait, the Men’s Final Four “March Madness”, Monster Jam, Manny Pacquiao, the boxing superstar from the Philippines, WWE WrestleMania, high school & college football games, soccer matches, as well as Motor cross and the NBA Playoff Games!

Your tour will end in the AT&T Stadium Pro Shop where you can pick up a souvenir of you fascinating VIP Tour!  Be prepared to have a fantastic time!  Go Cowboys!

*All site visits in Cowboys Stadium based upon availability* 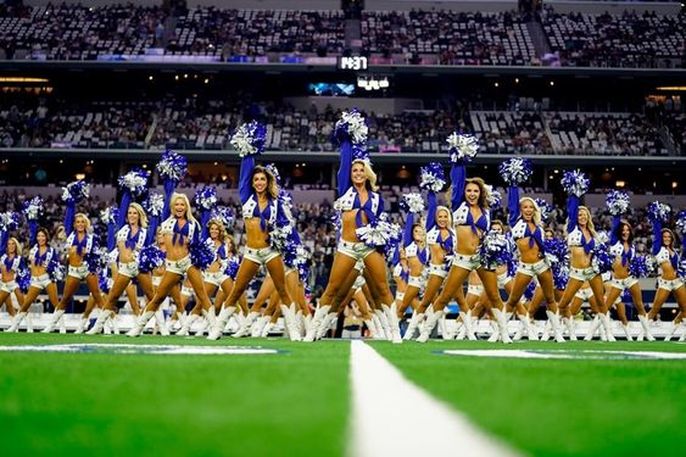